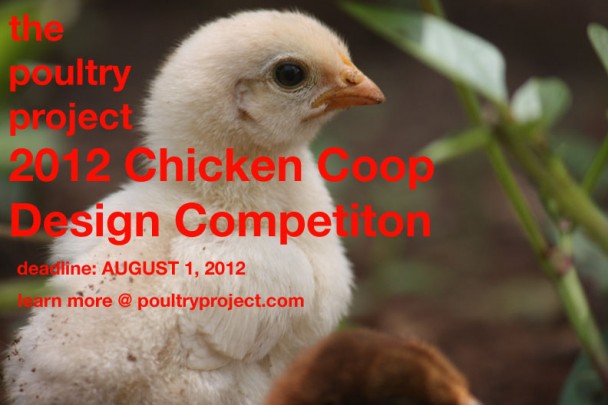 Due to an underwhelming number of entries for our second chicken coop design competition, the Poultry Project decided to make some changes to the competition guidelines and relaunch the contest.

THE GIST: Design a coop for 10-15 chickens. A large coop. A coop that can be used in a community garden (one near you, perhaps?) or by  farmers growing their flocks. And don’t worry about modifying your design for use in Uganda. We’ve eliminated the Uganda coop modification requirement for entries, as we’ve realized this component of the contest results in most applicants submitting two projects. That’s a lot of work, and we want to make this competition simple and accessible to a wider audience.