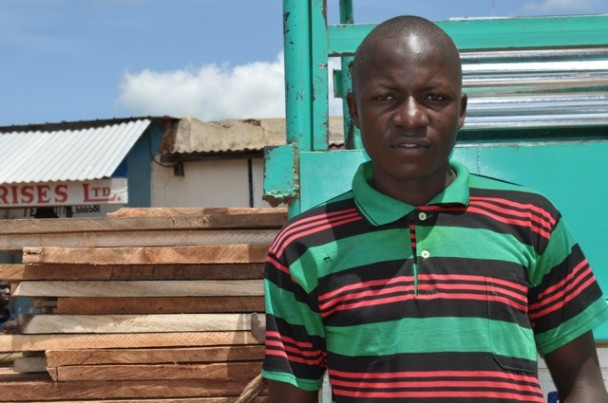 Eric and John are both supported by the TASO Mbale school fees assistance program. Peter (manager of the school fees assistance program) recruited them to join the build team, because he knew they wanted and needed part-time jobs. Eric helped build the model coop and during his school break he worked with the build team to build over 10 coops. He’s back at school now and John will take his place. Eric and John have parents living with HIV/AIDS, which is why they receive support from TASO. Milton lives in Tororo and he lost his father to AIDS-related illness. His mother was in an abusive relationship and disappeared, leaving Milton all alone. TASO Tororo helps him with his school fees and he boards at school, for free. 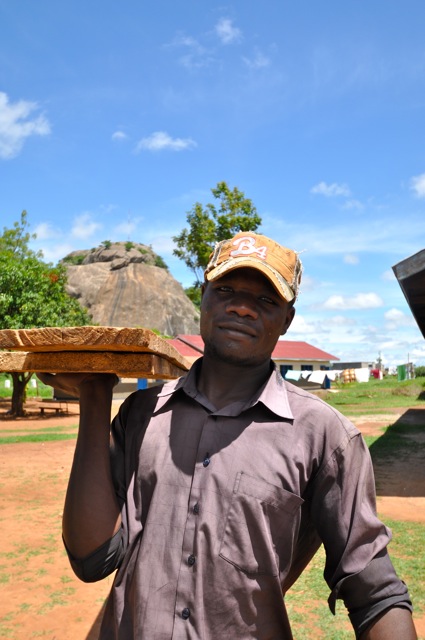 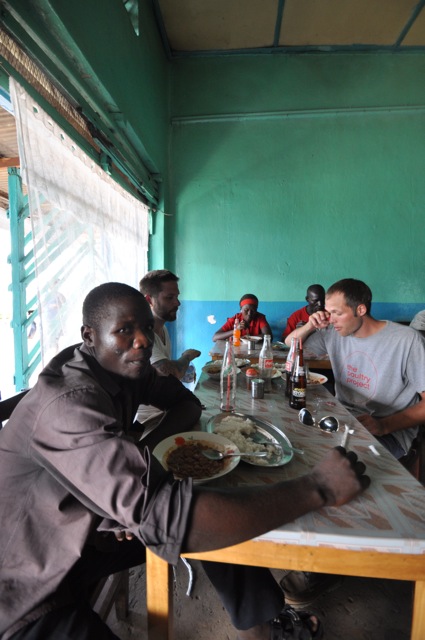 Being part of the build team has been a formative experience for these young men. They’re learning building, design and teamwork skills. They also make some money. And they get to do this while helping others. It’s a great service learning opportunity and we’re happy Peter had the foresight to include Eric, John and Milton in the project. Emily Axtman became really close with David and Eric during the builds and on her last work day in Uganda, she got to build a coop in Soroti with just David and Eric. She said they moved so gracefully through the process, without distractions from a dozen neighborhood children clamoring to play with the tools or me and Emily taking a million photos. David and Eric taught Emily how to use a panga and she taught them a trick or two about building and design. Joe and David, despite the language barriers, formed a strong bond too. Joe used to work in construction in the US, so he was able to share some tips in exchange for panga lessons. It was a mutual learning experience for the whole team and friendships were made. After each build, the exhausted, starving team would go to the best, local Ugandan-food restaurant to eat rice, beans, matoke and chapati. The favorite spot for the post-build meal: Tower Restaurant in Mbale (around the corner from the clock tower).

Loading and unloading heavy wooden poles and planks, traveling for hours in the back of the truck under the hot sun (or torrential rains), working nonstop to get the coop up in 4 hours, cleaning up the build site mess and getting ready for the next build, always with a smile–thank you Eric, Milton and John for your hard work! 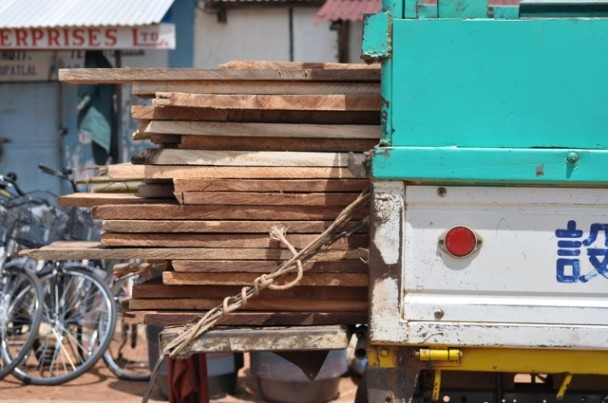 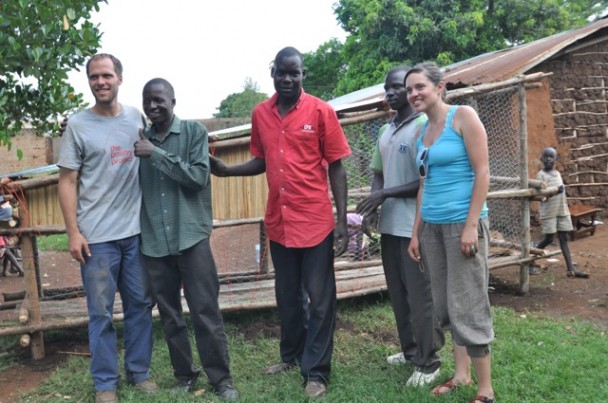