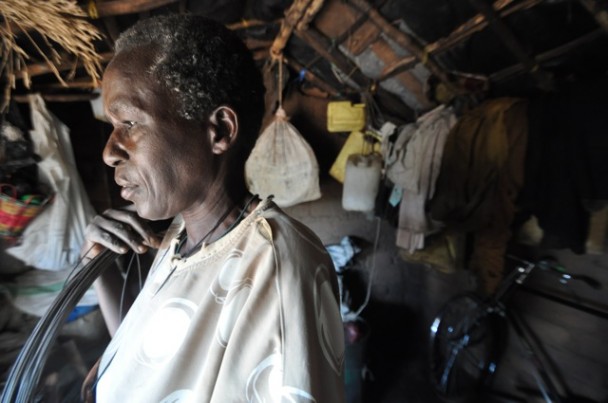 Mary Helen is the Soroti chairperson for the Poultry Project. She lives with 4 of her 6 children and 3 grandchildren in a two-room, tattered-roof mud hut in front of Soroti rock. She refers to her home as “temporary housing,” but she’s been there since 2003. The Lords Resistance Army (LRA) invaded her village (and several neighboring villages) and launched a campaign of mass lootings, killings and child abductions. Over 250,000 people fled their homes to escape the violence and pillage. She dreams of resettling soon, but resettlement requires money to rebuild.

Shortly after she left the Internally Displaced Peoples (IDP) camp, she settled in Soroti town.  Her husband is deceased and she’s been on her own for almost ten years. Mary Helen is a certified midwife and has attended to hundreds of births. She fell ill and when she went to the clinic she found out she was HIV+. Then she lost her job because of her HIV positive status. Mary Helen is pushing forward and hopes to reenter the medical workforce someday. She’s already begun doing odd jobs at the TASO Soroti center in the pharmacy and clinic. In the meantime, she has several children to feed, cloth, shelter and educate and she is determined to make her poultry business grow and succeed. 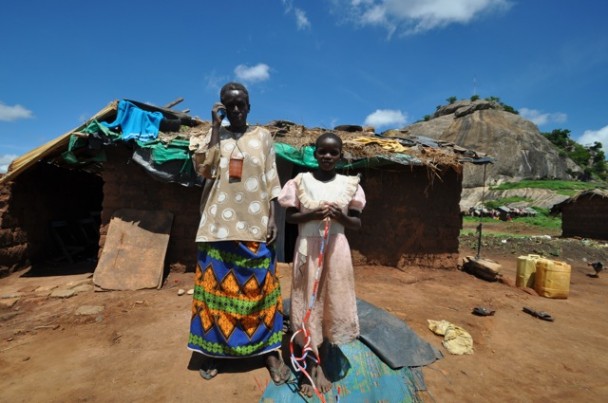 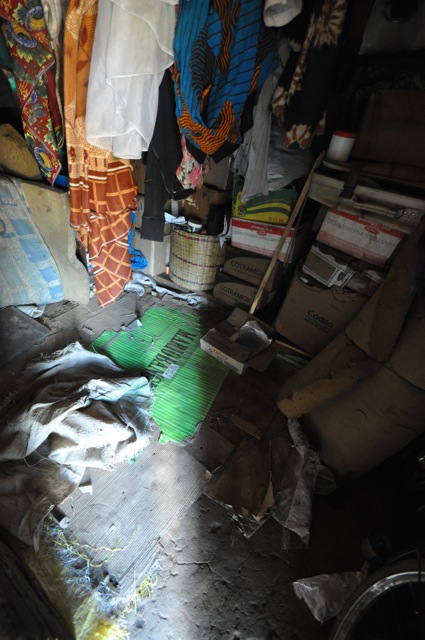 After the Soroti Poultry Project Training Workhshop last week, the team realized that the Soroti might need an extra push to get their project going. The TASO Soroti Project Officer, Paul, and Peter worked together to organize an intimate workshop for five of the participants facilitated by one of the Poultry Project’s most successful farmers, Steven, because he speaks Ateso and is eager to share his knowledge. The Poultry Project build team would construct Mary Helen’s chicken coop while Steven led a participatory workshop with Mary Helen and the five other participants. 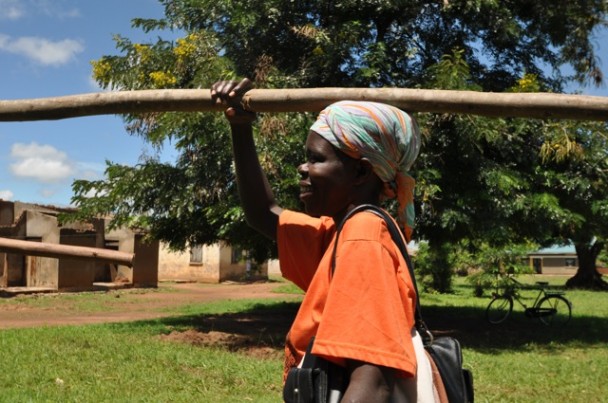 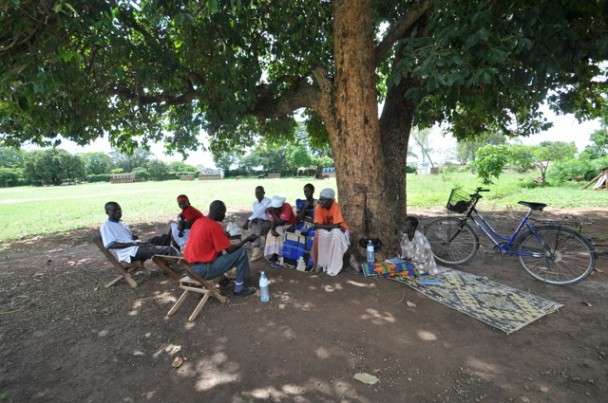 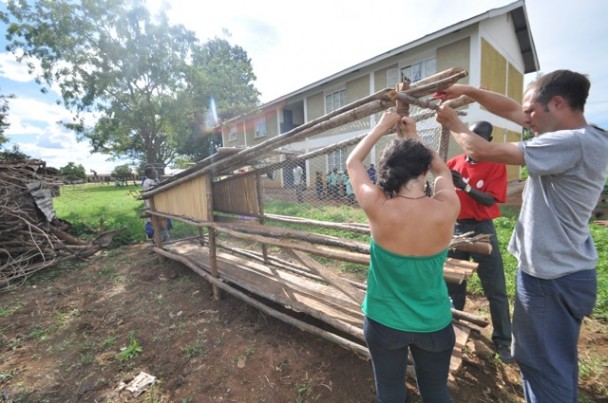 Steven and the Soroti farmers gathered under a jambula (Syzygium cuminii) tree and shared their poultry farming experiences, challenges and goals. Steven is an enthusiastic, engaging educator. He put the Soroti farmers at ease and encouraged them to be open and active in the discussion. After they discussed poultry management, Steven gave them another overview of the savings match program and showed them how to maintain and clean the chicken coop. He reminded them that although we want to see the families acquire larger livestock (cows, goats, pigs), it is essential that they always maintain a flock of at least 5 chickens. He answered questions and told them how he grew his 5 chickens to a flock of over 60. He told them that he has been able to pay school fees for eight children with his poultry business profits. He told them that they can do it too. 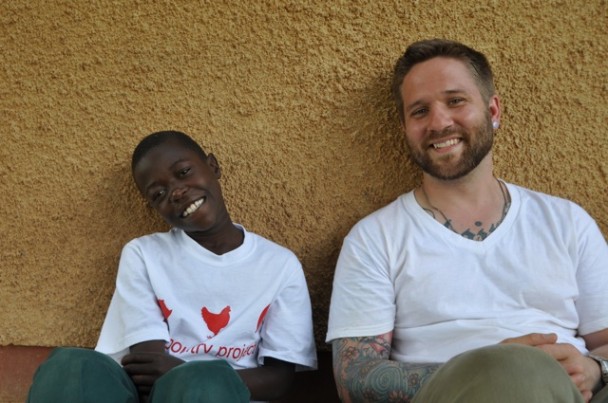 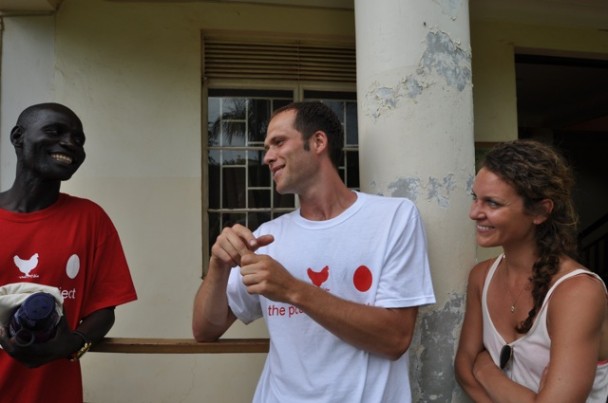 The build went smoothly (I think Joe, David and John could build a coop blind-folded) and the drive back to Mbale was uneventful. Kevin got some quality one-on-one time with Robert, one of the project beneficiaries, and had a chance to give him a thorough introduction to professional photography (strobe lights, tripods, composition, light meters and all). We left Soroti feeling so proud and energized about having one of our original farmers train new participants. The Poultry Project is truly changing lives.