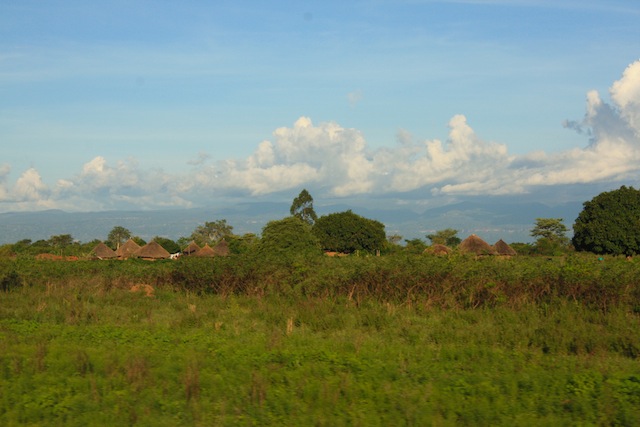 On Friday we returned to Sironko for our third coop build at Eric Wanafwa’s house.  Eric and his mother Sophie were added to the Poultry Project in 2006; they are both HIV+.  Since 2006, Sophie has taken her project and allowed it to flourish with her keen business sense and inspiring work ethic.  She is a mother, chicken farmer, a seamstress, and she recently acquired a cow and land to start growing coffee.  When we arrived she proudly walked us through a lush field of banana trees, sweet potatoes, papaya trees and beans to show us her first land purchase.   Standing with Sophie on land that she purchased with earnings from the Poultry Project reaffirmed the work we do here is valuable and life changing.  I stood with Sophie, feeling proud of her success and humbled by her strength.  As we walked around her land, the sunlight broke through the thick canopy of greenery and shined down on Sophie. 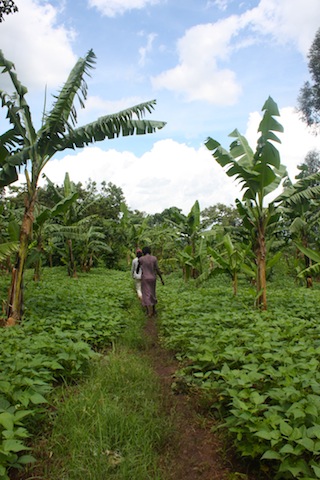 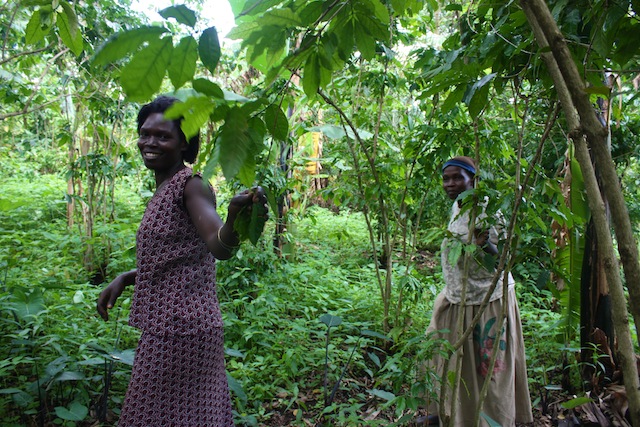 Sophie and her mother on her land. 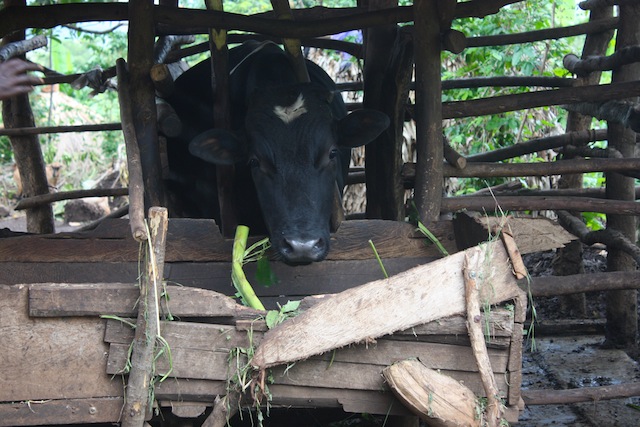 We then headed back to the house and got to work on the coop.  We were making great time when a huge storm rolled in.  The Poultry Project team pulled together and whipped up a chicken house in 4 hours.    Sophie and Eric gathered their chickens and placed them in their new home. 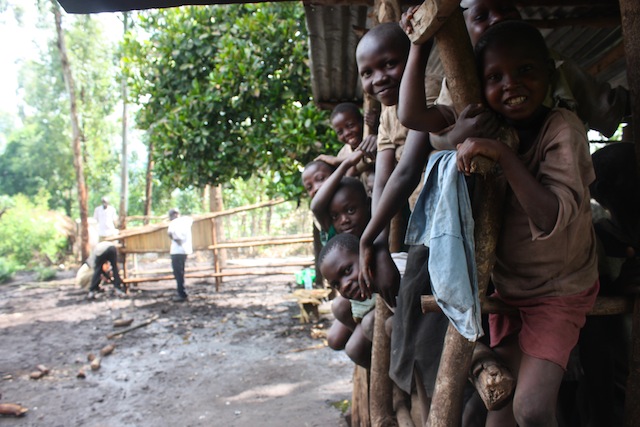 About twenty children from the neighborhood happily watched construction. They stayed the entire time. 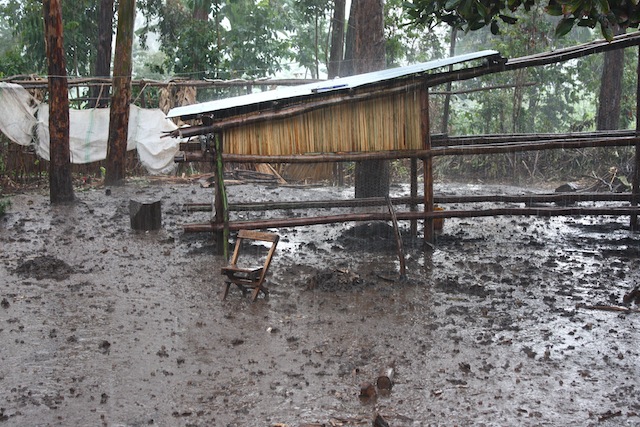 Monsoon-like rainfall put the team on hold and made for a muddy construction site. 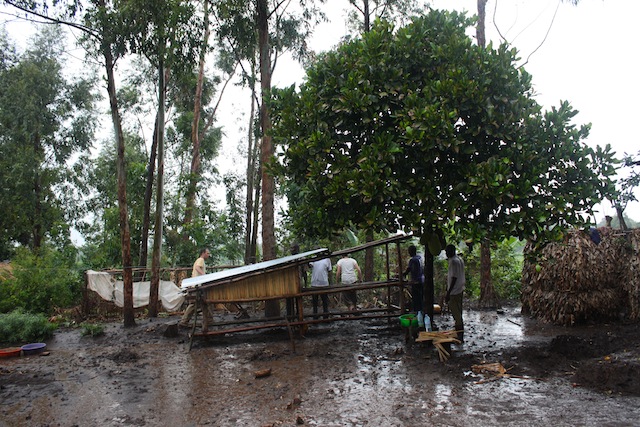 The team persevered and created a lovely coop for Sophie and Eric. 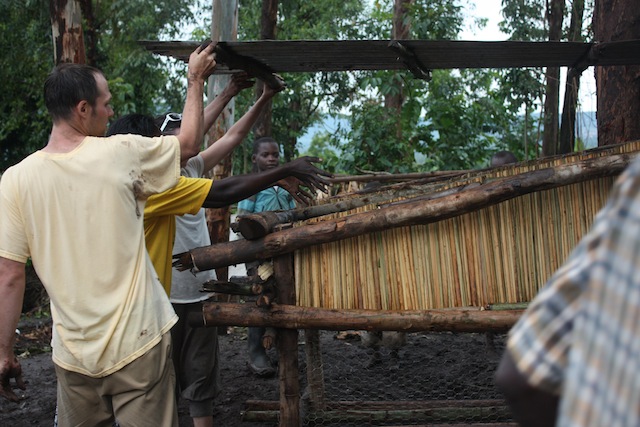 Placing the birds in their new home. On to the next!